Michael Groce, the candidate for Brixton

As Green BME spokesperson I wholeheartedly endorse the great Michael Groce as candidate for Coldharbour Ward, Brixton in the upcoming local by-election on Thursday 13th September. Anyone familiar with the history of Brixton will know why Michael is the ideal candidate. For those who don't know, ask somebody who does, and then you will know why this man is best qualified to serve.

Vote for a Candidate Who Cares

Stand Up to Racism Conference

After sixteen years of red and blue politics, London has become a tale of two cities, with stark inequality leaving our great city teetering on the edge of a social and moral abyss. London makes dollars but doesn't much make sense! In Lambeth & Southwark housing is the number one issue. Paradoxically, we have a housing crisis in the midst of a housing boom with thousands of homes for regular Londoners being lost as social landlords and local authorities cut deals with private developers.

Homes for normal people, working regular jobs, have been placed out of reach.
This must change.

Air quality adversely affects the lives of millions, with nearly 10,000 dying annually as a result.
The costs all round are huge.

Finally, prospects for many of London's young people are bleak; this will be the first generation to be worse-off than their parents. And a dysfunctional street culture, which many young people embrace, only serves to diminish impoverished communities further with gang violence having a huge impact. The young people are the key to this city's future.

This is the time for people of vision, to bring together a diverse city, of 8.5 million people, that is rapidly falling apart. A vision to create a fairer, cleaner, greener London, where everyone - not just the super wealthy - have the opportunity to live a great life in this great city.

Born and bred in South Lomdon, Rashid Nix's background in housing activism and youth mentoring represents a fresh perspective on London's issues. A graduate of South Bank University; he's bold, outspoken and charismatic and possess the ability to take the message directly to London's diverse communities.

May 2015's General Election saw him 21st out of 568 Green candidates nationally, placing him in the top 5%.

Tell your friends across South London, two out of three Londoners don't vote!

- Vote for a Candidate Who Cares - "People are thoroughly fed up with the old politics of divide and rule...these artificial divisions between us are irrelevant when viewed in the context of an economic or ecological crisis. The Greens time is now."

What We Stand For

taking back our health service

an economy that works for all 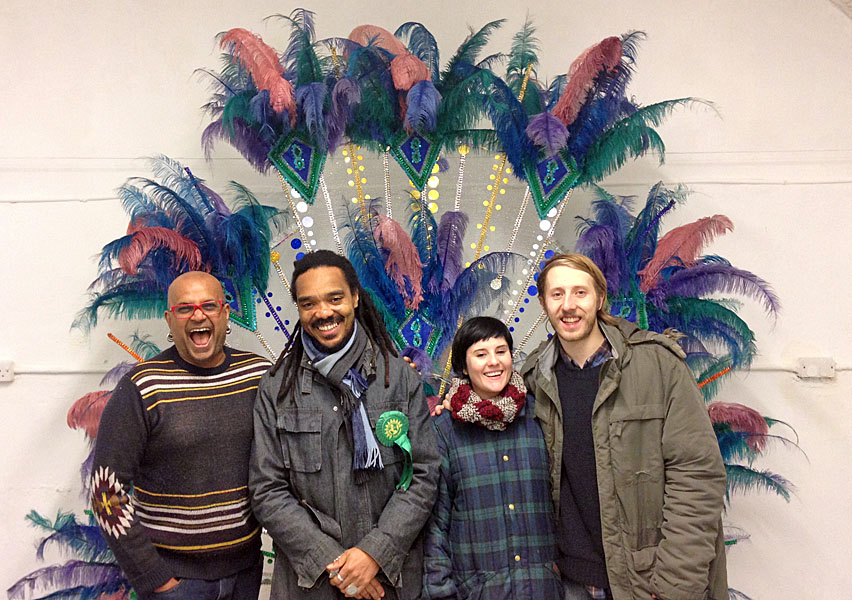 Originally from Camberwell, Brixton's Rashid Nix entered politics in 1999 when he coordinated mentoring programmes for Westminster's Race Equality Council. He was also a member of their team training Met police as part of government recommendations.

Rashid is keen to promote civic engagement and responsibility. His ground-breaking political film, "Why Don't Black People Vote?", explores low voter turnouts to engage audiences, of all races and ages, in discussion.

A South Bank University graduate, he trained as a cameraman at the BBC, and coordinates the Brixton Underground Film Festival; where film, politics, entertainment and discussion collide. He says: 'I enjoy bringing diverse groups together to exchange ideas, and film is a great medium'.

In 2014, he coordinated the Greens Brixton election campaign and stood for Councillor in Coldharbour Ward. An imaginative campaign caught the attention of the electorate, and resulted in Greens gaining second place, ahead of the Conservatives, Liberals and UKIP.

He formed the Loughborough Guinness TRA in 2010 as a voice for residents and still actively campaigns for vulnerable tenants.

As a member of the South London and Maudsley Hospital Trust, he is concerned by high rates of mental illness in the constituency.

He says: 'Green issues are universal-regardless of religion, class, colour or culture-when society or the environment fails, we're all affected. As more people switch-off from the stale, grey, political Punch and Judy show, the Greens symbolise a genuine alternative to inspire them.'

An effective communicator, he mentors students for the Mentoring Workshop, and presents The Peoples Talk Show on Genesis Radio. 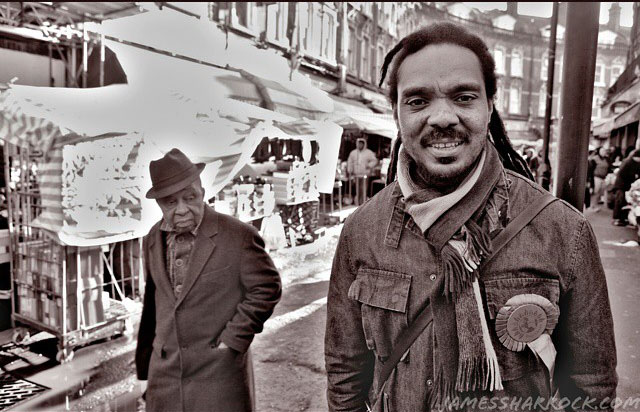 My political hero is my Grandmother, Odessa Anthony, who passed away-peacefully - aged 94, in Brooklyn NY.
She left Barbados in 1961 in search of adventure! She said England was too slow and settled in New York. I was with her when she cast her vote for Barack Obama in 2008. Her word: 'We're finally getting somewhere!'